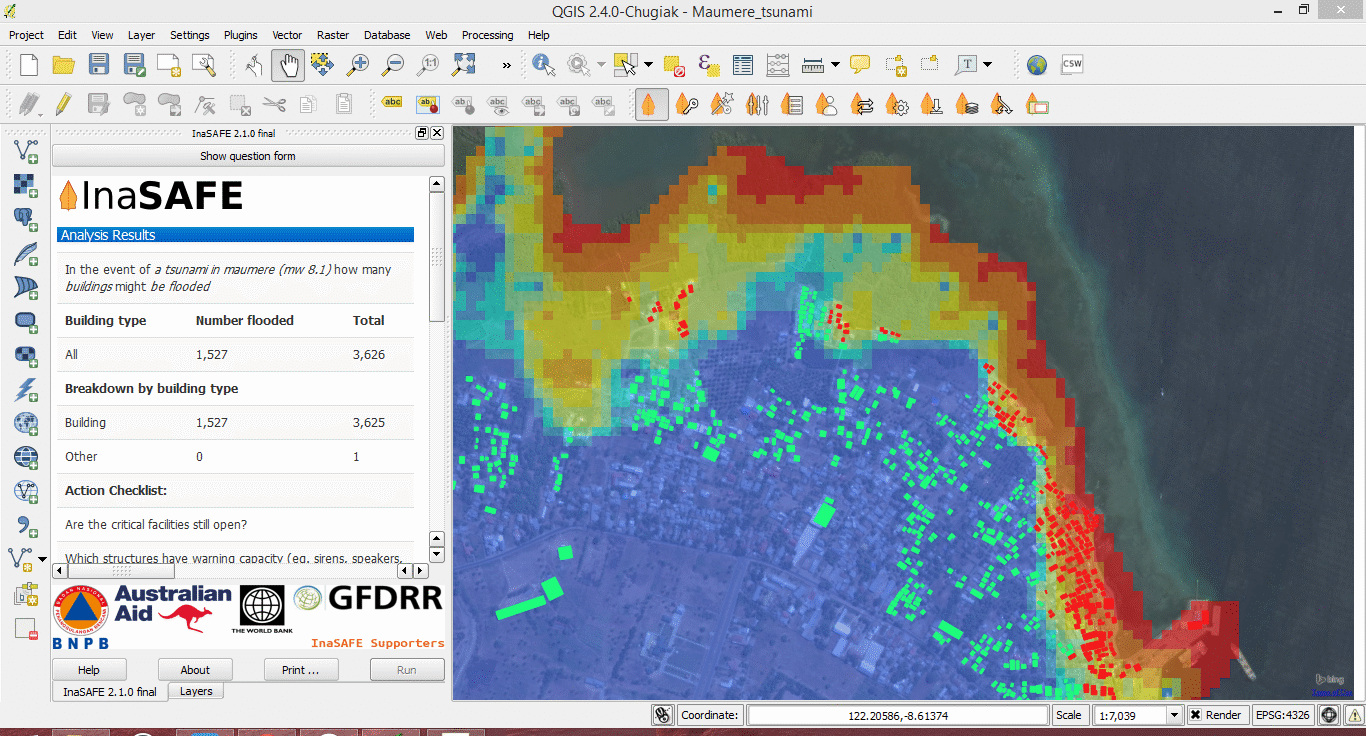 Kartoza and an extended team designed, built and maintained the InaSAFE QGIS plugin and supporting project infrastructure such as the web site and documentation system. InaSAFE is a tool for modelling and planning disaster scenario contingencies for floods, earthquakes, volcanic ash, hurricances and other natural disasters. It was initially developed for Indonesia with Australian funding as an intervention after the 2004 tsunami but can be used anywhere.

With the Geoscience Australia 'Risk-in-a-Box' prototype as a starting point, we built the InaSAFE QGIS plugin, web site, documentation system and other supporting infrastructure. The tool produces a pdf report with a map showing the areas likely to be impacted by an event and tabular data detailing remediation actions and numbers of expected fatalities, injuries etc. 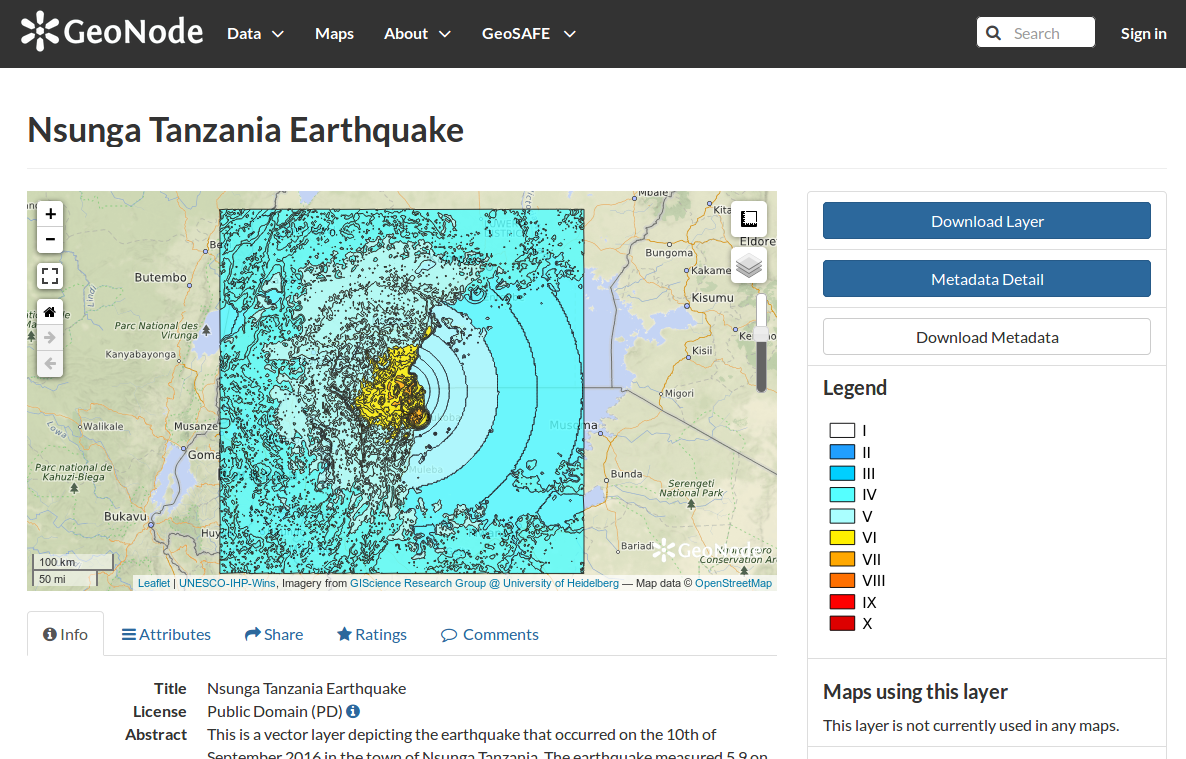